Fitzie is now one and half year old. How time flies, I can still remember the day she was born and how small I thought she was. Now she's almost walking and loves to eat so much that I need to control her portion. Otherwise she will eat eat and eat.

Nowadays when I cook, I try to plan food that Fitzie can eat along with me too, preferably something she can grab herself so I don't need to feed her. It's not so easy to find such meal but here is one which is perfect for both of us. Penne Aglio e Olio for her and Penne Aglio e Olio con Pepperoncino for me. Honestly I just drizzle my home made chili oil on top of the pasta and that's all. 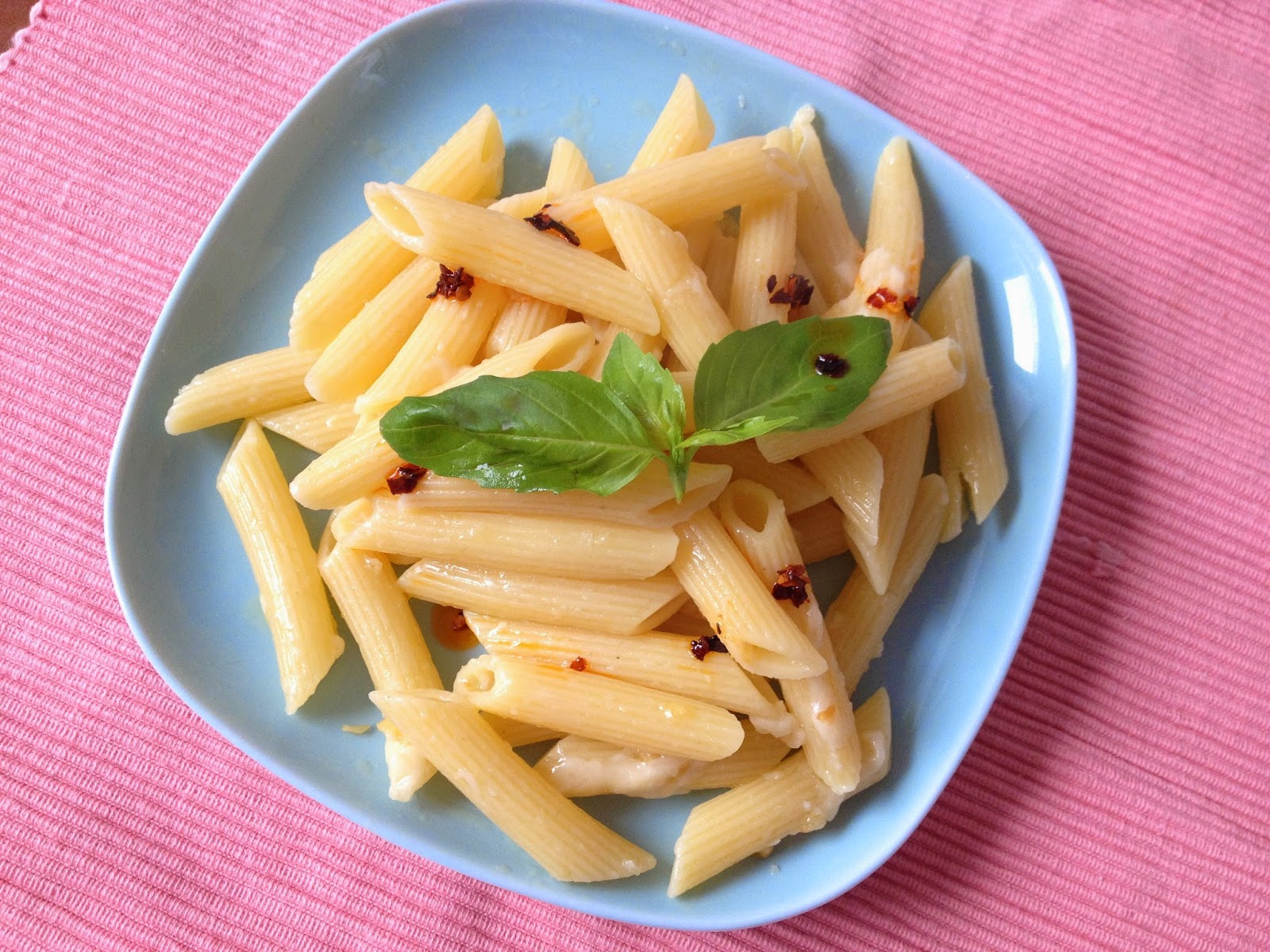 The recipe is actually so simple and since I'm not Italian, I don't think I'm even suited to write this, But hey, I think my Penne tastas delicious.

Heat up a pan and drizzle generous amount of very good olive oil. I don't have Italian EVOO so I used the one I brought from Graz, South France, which "gasps" shouldn't actually be heated up. But hey since I'm not Italian I think this will do.

Put in minced garlic and slowly heat the oil and garlic till the garlic started to color. Transfer to a big bowl. 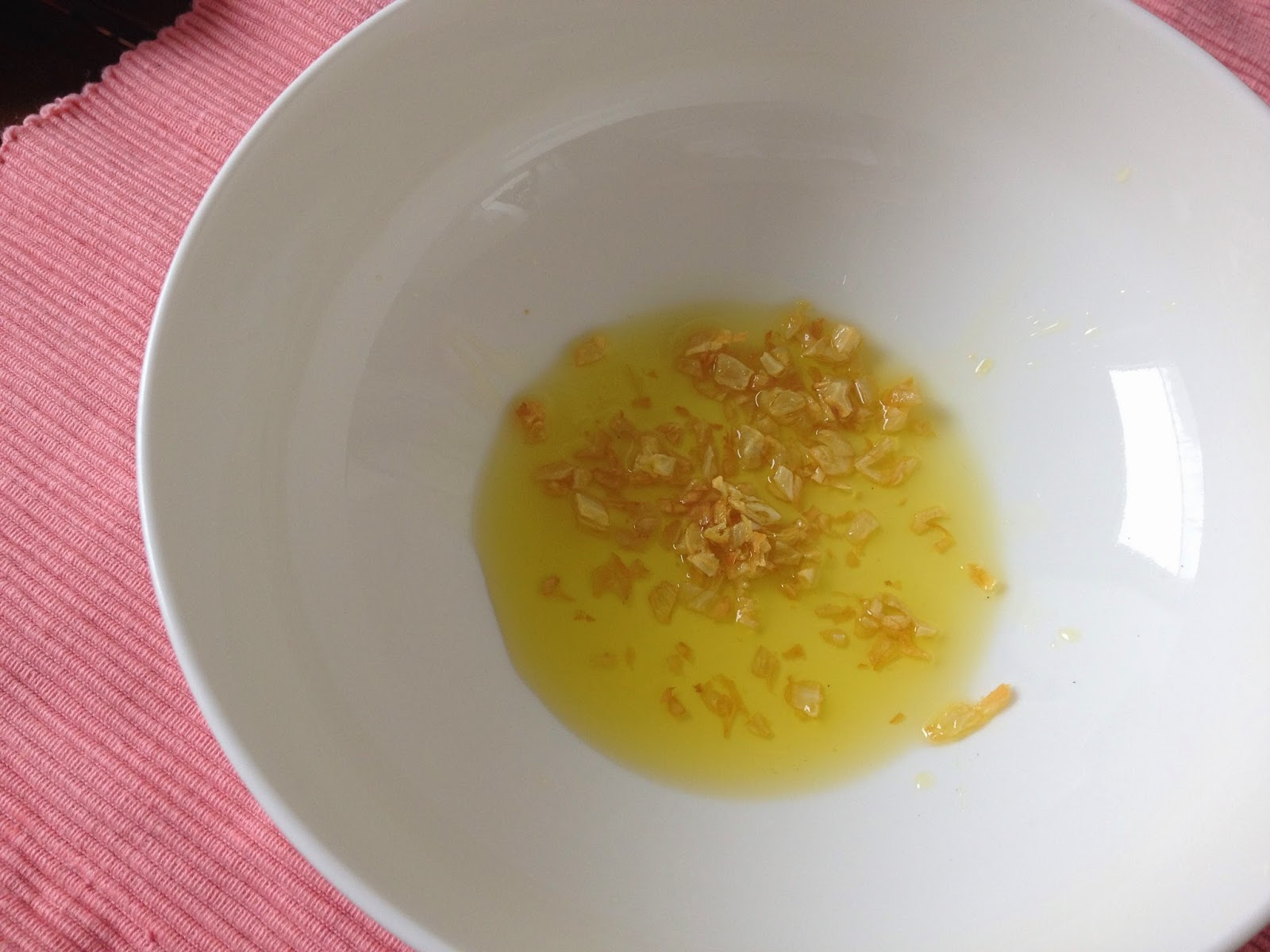 Cook Penne according to the package instruction. I used Barilla, cause my Italian neigbhour in Berlin, Lara, swore on Barilla. She never bought anything else. So I follow her suit and only buy Barilla. Back to Penne cooking, It says 11 minutes but Fitzie was eating this penne with me so I added extra 2 minutes so that Fitzie could bite her pasta easily.

After the penne is done, work quickly, drain them and transfer them to the bowl with garlic oil, throw in the grated grana padano and pecorino romano. Let the heat of the penne melt the cheese and quickly toss them to incorporate all components. Lightly salt the finished pasta. 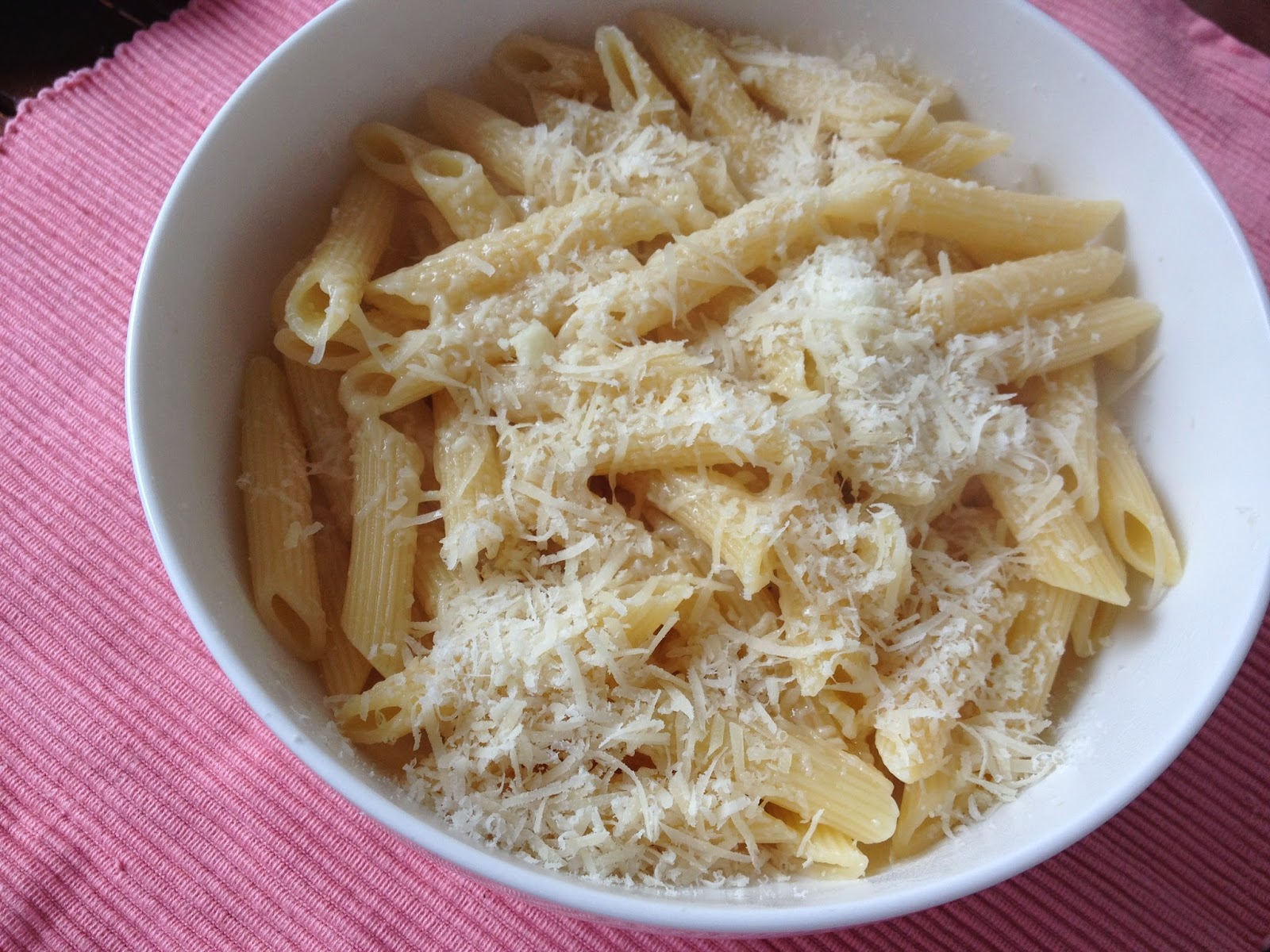 Dish up, garnish with some basil, Fitzie can eat her pasta now and for me some extra chili oil for heat