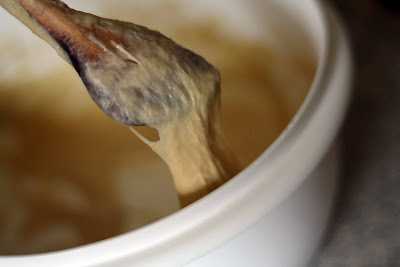 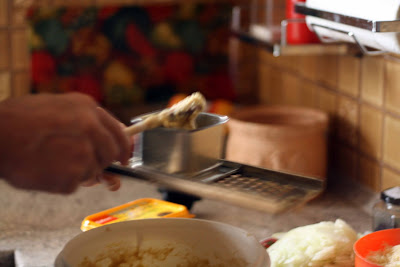 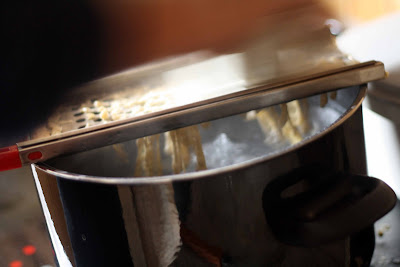 once the spätzle boils and float to the water surface 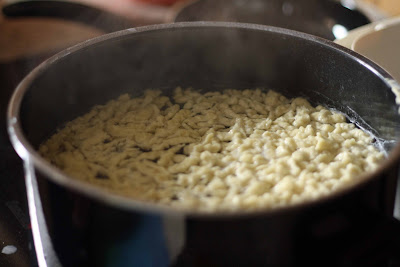 skimmed the spätzle and put aside in a pot 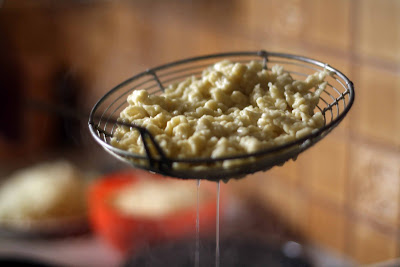 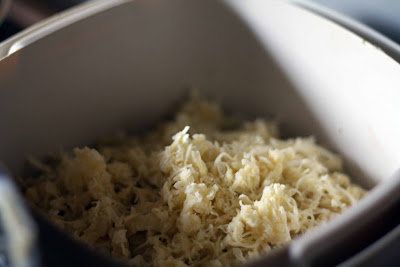 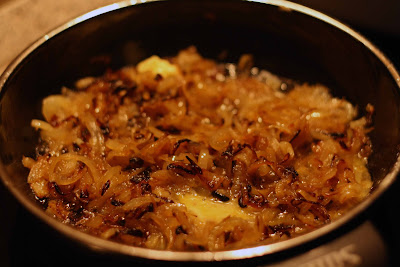 spread the caramelised onion on the Käsespätzle. According to my landlady, a true Käsespätzle should have a lot of melting cheese "fiber", before it can be considered a well made Käsespätzle 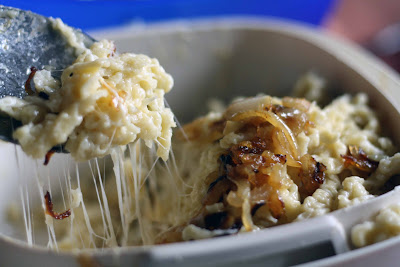 Käsespätzle should be eaten with some green salad 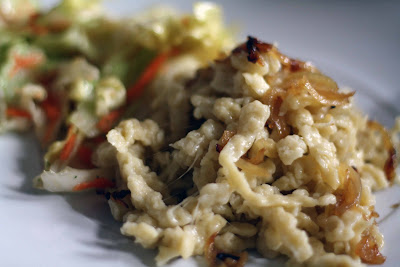 Once I've eaten Mrs Diebold's Käsespätzle, I'm hooked. Her Spätzle is so well made, it's chewy and soft at the same time, the cheese combination fits the spätzle perfectly, it lend a salty and cheesy taste without making me feel bloated. and my favourite part is the sweetness of the caramelised onion. After I've eaten her home made Käsespätzle, I tried to order Käsespätzle at a German restaurant in Ulm, and it was such a dissapointment! It's too creamy and the onion are deep fried with batter. You really can't compare the quality of home-made food. After the dissapointment I swore off restaurant spätzle and always begged Mrs Diebold to share her Käsespätzle lunch, everytime she makes it.
Posted by Mel Chan at 10:19