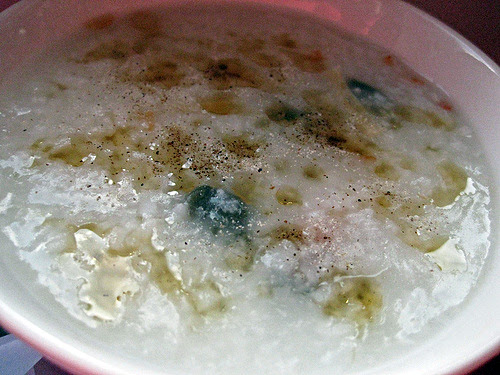 When you catch a cold or just feeling under the weather, do you have any specific food cravings? I do! And I always crave for porridge - chicken, pork or even plain porridge with side dishes. I think it's a Chinese thing. Kinda like the Americans who swears by chicken soup, we believe that when one is sick, one shouldn't eat greasy, fried food. Instead, one should eat light and soft food. Which is why porridge is our staple "sick" food.

It's been really cold here (it snows in March) and I caught a cold last week. So to battle my flu, I made some porridge from the dried ingredients I have in my pantry. This is why I always have these ingredients handy just in case I need them, so that I don't have to go out to buy them. I love convenient food. And here is the recipe to the porridge: 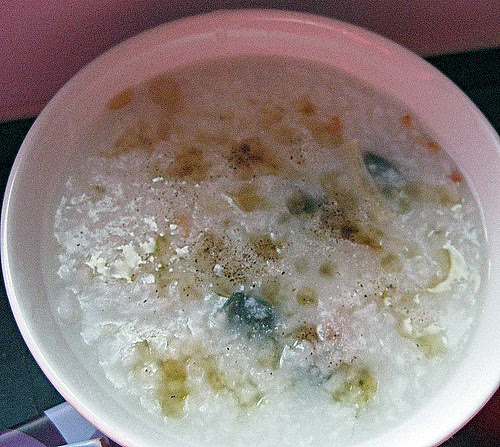