My first official Hamburg post. I'm so excited!! Let me start with some background info on Hamburg, it's the second largest city in Germany. And even though the distance from Hamburg to the sea is around 80 km, it's the third most important port in Europe. Here, you can see the people's love for sea food marked by the abundance of fish monger and supermarkets which offer tons of sea food - smoked eel, smoked salmon and my newly discovered favorite food, "nordseekrabben brot", which litterally means "nord sea brown shrimps on bread roll".  I ate one in our research center's cafeteria and I'm in love. I'll write about it in my next post. In the mean time let me start with this gem.
Xiao Xiang makes me feels back like I'm back in Asia and home. It's located on a quiet side road. I'm pretty sure no one even gave a second look at this unimpressive tiny restaurant. The only way you'll find this place is when you received a specific direction on how to get there, like I did (kinda reminds me of Pirates of Caribbean, a place that can only be found by those who know where it is lol). The restaurant is so simple with yellow paper napkins everywhere, hand written colorful menu pasted on walls. It only has two big tables for bigger parties and 5 smaller tables which can seat 4 people. I love that they don't have extravagant decorations, it makes the restaurant feels more homely. And with that, don't expect the service and cleanliness to be that  of a high end restaurant. Still I love this place. It felt like those restaurants in Hong Kong that forces you to share a table with strangers when they're full. Complete with oldies music from Teresa Teng blaring from the DVD Player. Yes I said DVD. Hey, if someone wants to jump in for a karaoke, they have the MV in full force.
Anyway, we start with a pot of soup. The cook / owner came from Hong Kong where they have the custom of drinking double boiled soup. Trust me the Cantonese knows their double boiled soup. For those who are unfamiliar with this, check it in wikipedia. If you're lazy, it basically means that the soups are boiled until all the flavour and umami from the veggies are transferred to the soup. A perfectly tasty soup for a cold night out. Btw they also give the soup for free!! That's one ticket to win a place in my heart. 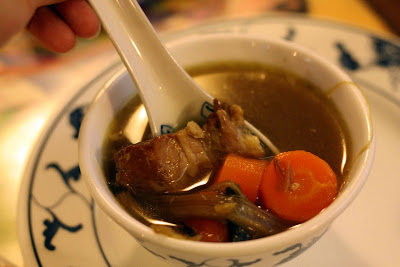 What is Cantonese food without tasty dim sum? Xiao Xiang's Dim Sum are probably one of the best I've had. My favorite is "har gao" with chinese chives. Look at that translucent Har Gao dough. That's exactly how a har gao should be 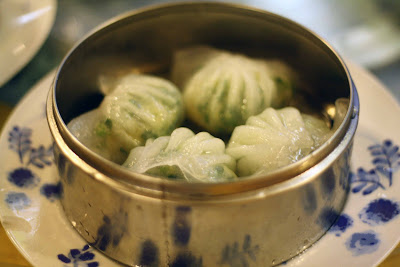 Deep fried tofu skin with shrimps and bamboo shoots filling. Crispy on the outside and meaty on the inside. Yumm 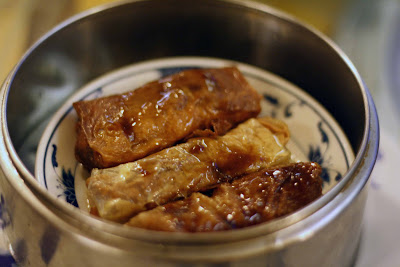 Some deep fried dim sum. I forgot what it was, so it must be only so so 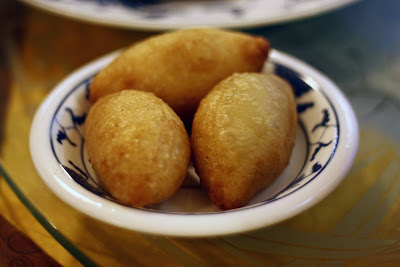 Xiao Long Bao, a Shanghainese dish. Easily worst item of the night. It's dry have no soup whatsoever. It's more like a bao with unleavened dough. 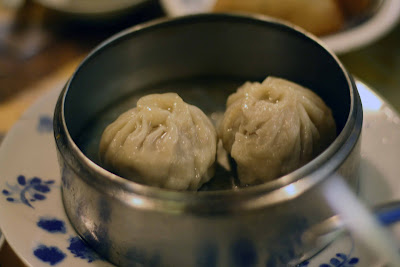 So that was the first round of appetizer and now let, on to the main dishes!
Cantonese Style Beef Hor Fun. Arguably one of the best stir fried Hor Funs I've eaten in Germany. It has all the making of a great hor fun: chewy noodles, tender beef slices and an ubiquitous "wok hei". 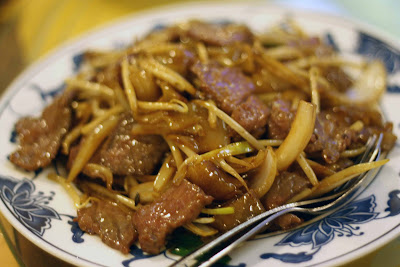 Yu Xiang Aubergine in Hot Pot. I loveeeee aubergine and I have high expectation for it. As for this dish, I wouldn't say that it's the best aubergine out there and again, I'm still looking for my perfect aubergine dish. To it's credit, it is a tasty dish, the aubergine was tender but meaty, it has a good ratio of sauce to minced pork. But again I know that somewhere out there, there's still the perfect aubergine dish waiting for me. 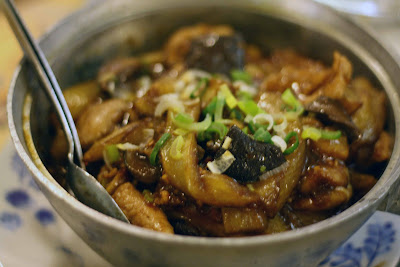 Steamed carp. The sauce is very fragrant and with the combination of the coriander leaves, it  should've been a match made in heaven. But ... why in the world did we order carp? I never liked fresh water fish, it has this muddy smell that can't be masked even with heavy sauce or deep frying. This would be a great dish if it's served with cod or bream. 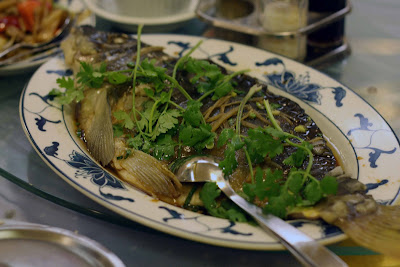 Last but not least, some greens to balance the meal : stir fried Chinese Broccoli. 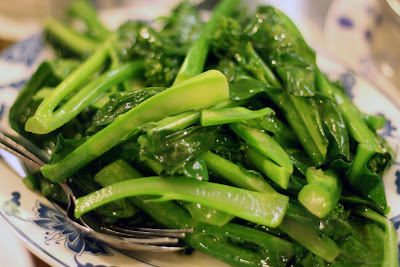 #
As dessert, someone wanted deep fried banana with alcohol. The alcohol was very light however, so it's  really just there for some show. But it did give a nice caramel crust to the banana dough. So I think it's nice. 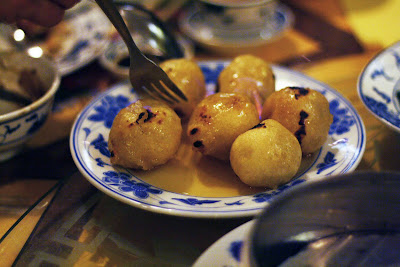 Overall, It was a very satisfying meal. It had its ups and downs, but I was so happy that after 6 months of abstinence I can finally eat authentic Chinese meal in Germany (T_T), back in Laupheim it was downright impossible. The whole meal cost us around 70 €. I've come to the sad realization that the living cost in Hamburg is definitely higher than in Berlin. My friends in Hamburg told me that Xiao Xiang is one of the cheaper authentic Chinese Restaurant in Hamburg. I found that the price of the dim sum are lower than Aroma in Berlin, but the main dishes cost around the same as Aroma. Well, Hamburg has its own reason for its high cost of living. Higher rent, West Germany, the city and its residence are more well off than Berlin and Berliners. Ok, it's time I stop comparing Berlin and Hamburg prices.
Xiao Xiang
Mozartstr. 28
22083 Hamburg
040 - 223449
U2 - Mundsburg
Posted by Mel Chan at 19:58