Have you ever wonder where celebrities eat when they get to a new city? In all honesty, I never care about stuff like that, until I stumbled upon this Chinese Restaurant just accros KaDeWe (Berlin's equivalent of Harrods). And what do I found? Pictures of Jackie Chan on the wall!
Sorry for the blurry photo, I was in hurry. After all it's just something to tickle your interest 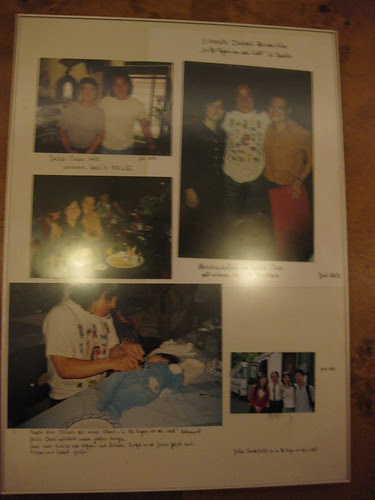 According to the boss (who came from HongKong), a few years ago, Jackie Chan came to Berlin to shoot his film "80 days around the world", and he frequented this restaurant to eat cantonese food. He visited this restaurant so often, that the boss and Jackie took oath as sworn brother.

Of course the first question that I asked was, "What did Jacky Chan ordered?" The waiter answered readily and point out to this dish from the menu: 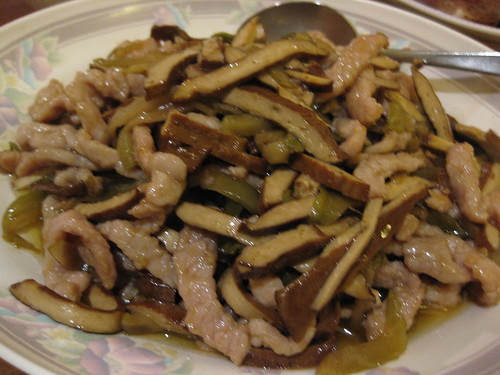 The verdict? It was the best dish of the night, the combination of the piquant zha cai with the flavorless tofu and the savory pork stripes was superb! However a friend of mine commented that it's something that you can make at home easily. He was right actually, I made this dish too at home and It was a success. Well I guess Jackie Chan was home sick and wanted something simple to remind him of home.

When I asked for other suggestions, the Cantonese waiter was a little bit annoyed and said I must asked precisely what I want. I couldn't, so I just randomly picked something out of their menu 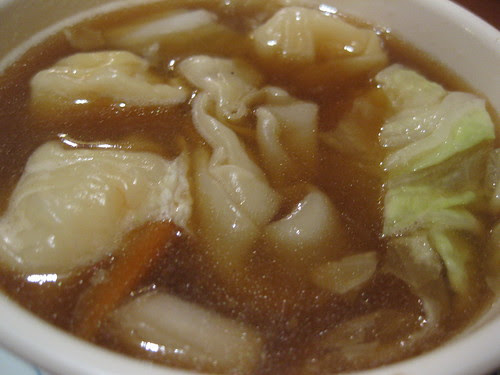 It's really just shrimp wontons. No other way to describe it but shrimp rolled inside wonton skin. Very minimalist. 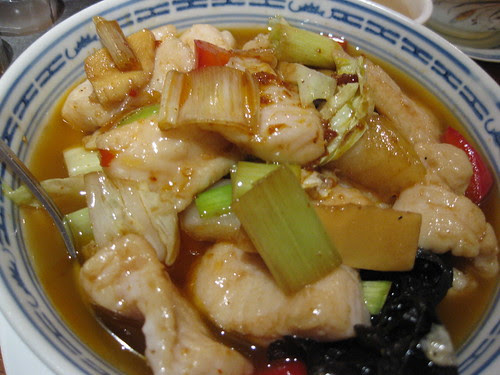 What was I thinking?! Ordering Sichuan food in a Cantonese restaurant. It really taste like fish boiled in water sans spices. Obviously, it lacks the typical numbing taste of pepper that all sichuan food have. A major dissapointment. I would still vote for Tian Fu's Shui zhu yu over this one. 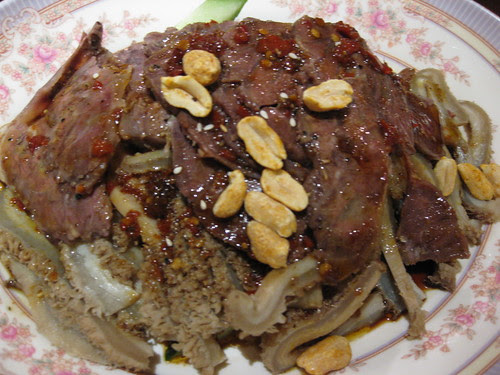 Again it's a famous Sichuan Cuisine, The combination of softly stewed beef slices and beef tripe was tasty, however again there's no comparison with Tian Fu's Fuqi Feipian,

One thing for sure, this restaurant was not something special, which makes me want to ramble it to everyone I know. But then again, maybe it's because I picked the wrong dishes that I didn't enjoy much. I mean Jackie Chan came to this restaurant a lot! That must count something. Maybe I'll visit them again and picked something else.