Dim Sum (it literally means "a little bit of heart") is one of my favourite meals. For some reason, I always associate Dim Sum with HongKong. I think it's because that I've always had dim sum with my family in Cantonese style restaurants. And my memories of HongKong consisted of loud Tea Houses and middle aged ladies who pushes Dim Sum-filled carts. So Chinese Mainlands people, don't get mad at me when I say Cantonese make the BEST Dim Sum. Not only because of their quality but also because of their variety.

Eating Dim Sum in Berlin can be quite a challenge. Most restaurants in Berlin sell pre-packaged industrially made frozen dim sum. All they need to do is "reheat and serve" the dim sum in bamboo baskets. I guess that's enough if they just want to fool the Germans, but not me! I want authentic dim sum! Something that's freshly made, or at least that's made in the restaurant itself and NOT somewhere deep in mainland China that had to be flown thousands of kilometers to my table.

Thankfully, Aroma China Restaurant come to my rescue. They are located at Kantstr. 35, Charlottenburg. They specialize in Cantonese cuisine. And they mean it when they say Cantonese. They're purely Cantonese not only in term of food but also in their service. If you're looking for hospitality and friendly, pretty waitresses, then maybe this is not your ideal restaurant. Most Waiters (yes, they are all man), just briskly ask your order, nod quietly, and throw heaps of food in front of your face.

The only reason why I still patron their restaurant is because of their food. Or to be specific for their Har Gao (shrimp dumpling). My study mates and I used to encourage each other to study harder with Aroma's Har Gaos. We reward ourselves with visits to Aroma for late night dinners, after hours of studying in the library. Aroma's Har Gao is made with springy fresh shrimps with finely shredded bamboo shoots. These goodies are then wrapped in chewy translucent skins. 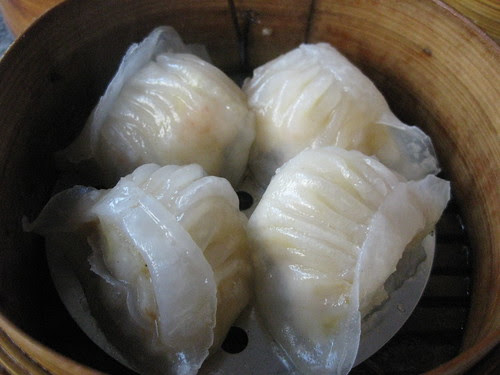 Naturally, there is more than just Har Gao in their menus, but here are some of my favorites: 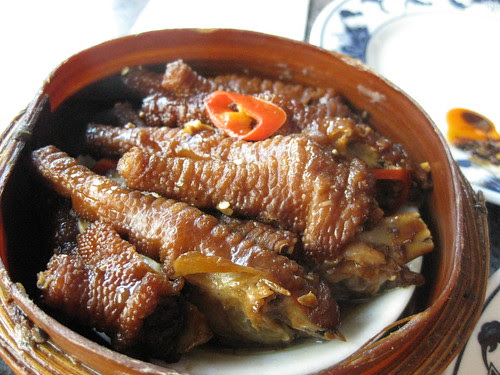 "Phoenix crawls" which, in reality, are only chicken feet. I know that it's a food that put frowns on some people. But they are loved by those who enjoy chewy and crunchy textures, both at the same time. Believe it or not, they are really good! They burst with flavour and spices. Some people enjoy their chicken feet more on the sweet side, but I prefer them salty and a bit spicy. 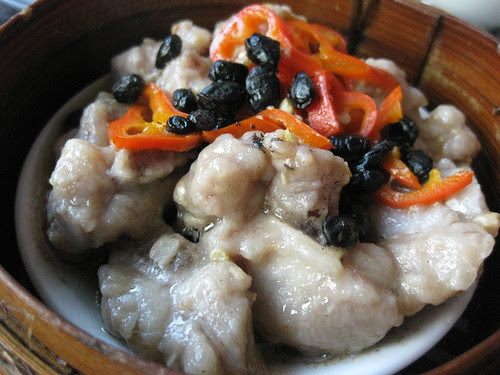 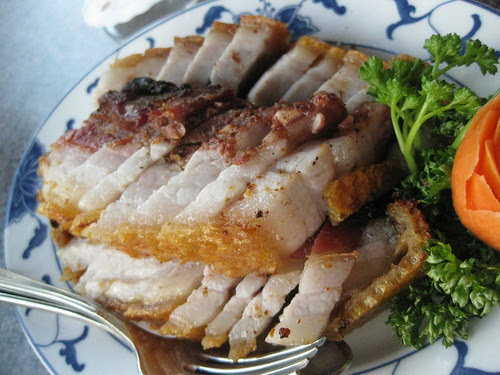 Roast Pork Belly "shao rou"
Look at those crispy skin! That's the difficult part of making this dish. Ideally, the pork's outer skin should be crispy and crunchy, but the meat should be juicy and full of flavour. Aroma do it just right. Hubby was ecstatic when he ate the dish. He's not allowed these indulgences often obviously Imagine the cholesterol we are ingesting and what this will do to our waist line! 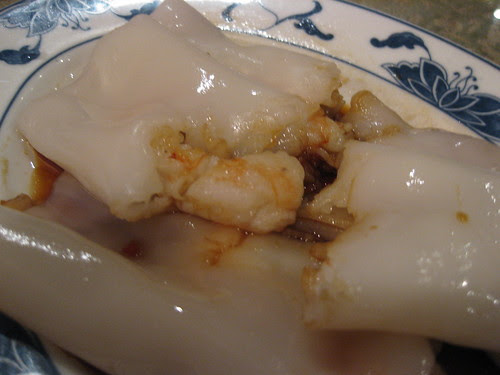 Some other dim sum which I also recommend are the rice noodle rolls with either shrimp or pork, lotus wrapped sticky rice and pan fried radish cake.

They operate until 3:00 am as some of their customers are other waiters who work at other germanized chinese restaurant.