A couple of weeks ago, my brother came to visit me in Berlin during his winter break. Me, being the good ol' sis, asked him what he wanted for dinner. Of course he picked the one dish that he can't make on his own, dumpling. Then came the next question, what filling does he want? He said he wants something with chives. So again I made the shrimp-pork-chives-egg-dumpling. As you can already say, our family simply loves chives dumpling. In our opinion, napa cabbage dumpling is plain boring, while Chinese chives makes pork dumpling taste even better.

The ingredients I need to make the dumpling. As always, hihi ;D, I cheated. I bought the factory made dumpling skin, instead of making the skin from scratch. 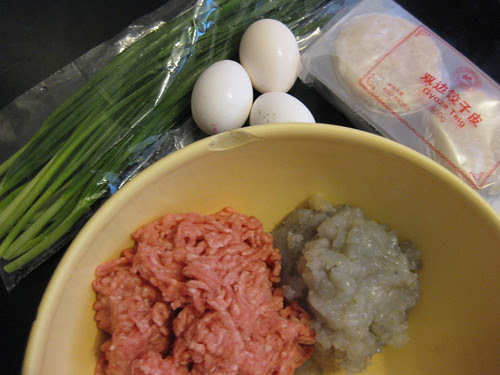 Everything is minced finely, btw I scrambled the egg first, this way the eggy taste was even intensified. 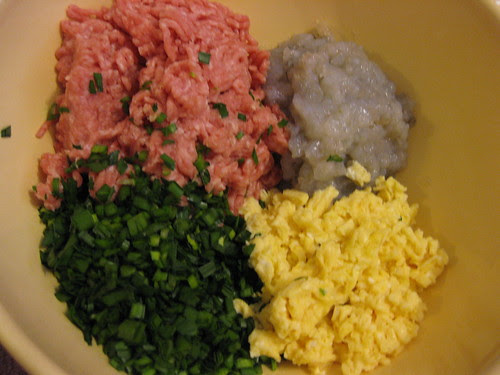 Here's the hand of the boys who wrapped the dumplings. My brother and his friend wrapped dumpling for the first time. And they were pretty good. My brother could even wrap the dumplings prettily too. 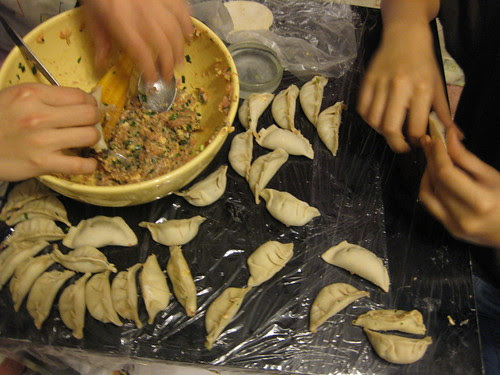 I made two batches as there was a lot, the first is the standard water cooked dumpling (jiao zi) 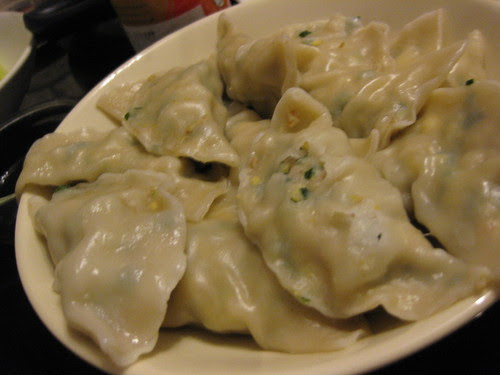 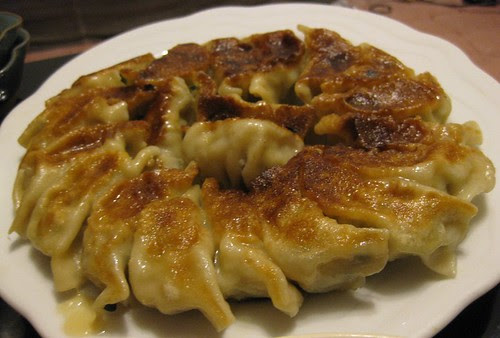 the filling of the potstickers ... arrghhh looking at them, makes my mouth water again, A high time for another dumpling party :D 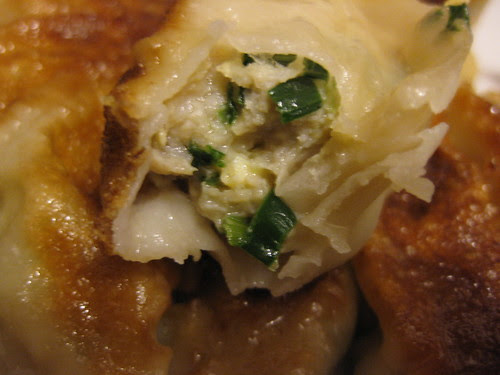 My brother and his friend claimed that, this was the best dinner they've had in Berlin. It made me so happy to see two growing boys eating so much and it put a smile on my face.

I'm not going to give the recipe anymore, as I've already written them in the previous post and they are pretty much the same.